The history of Thailand

"Prathet Thai" is the official name of Thailand. Translated, it means "land of the free".

The checkered history of the country cannot always be neatly divided into clearly defined epochs. Just the question of whether, before the founding of the Sukhothai Empire of Thailand in the 13th century, it was even possible to speak of an independent history in relation to Thailand, divides historians, but one thing is clear: the history of Thailand is shaped by dynasties that have united the cultures of past kingdoms.

The traces of early human settlement of what is now Thailand date back to 2,500 to 3,600 BC. The most important remains are the bronze-age vessels dug up in 1967 around the village of Ban Chiang in Northeast Thailand. Traces of rice chaff deposits found in the Banyan Valley Cave and of buildings could prove human settlement back as far as the 5th millennium BC.

However, the history of the prehistoric ethic Tai peoples is obscure.  Only isolated individual incidents are known; for example, in 2637 BC nine Tai tribes together in order to jointly offer resistance against Chinese invaders. 1860 BC the two former adversaries joined forces to confront the Mongol tribes of the Gienjong, who threatened the both the Thais and Chinese. 122 BC Tai tribes finally founded the Kingdom of Aliao in southern China, but this was conquered by the Chinese 35 years later before it was able to regain its independence in 9 AD.

Researchers assume that at this time the early Tai peoples used the kingdom of Aliao as a stepping stone to advance further south. As they followed smaller rivers on their march south and avoided deep rivers such as Salween or Mekong, these early Tais hardly came into contact with the indigenous local population. The territorial gains of the Tai tribes cannot therefore be considered as classical conquests, but are rather understood as an assimilation or absorption. 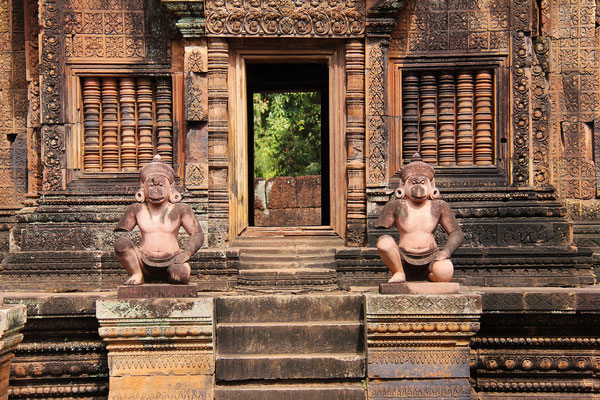 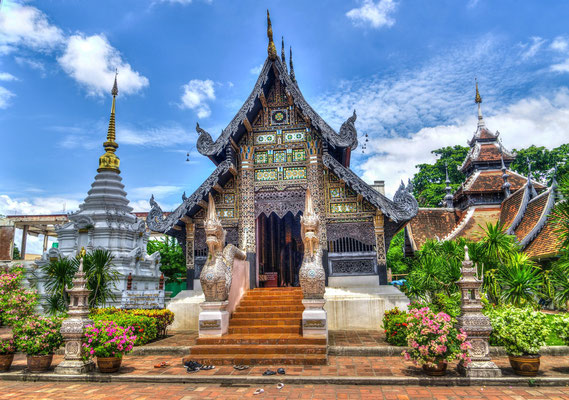 While the Thais, Chinese, Khmer, Burmese and the Mon peoples fought wars for centuries over territory in southern China, Cambodia, Laos and Thailand, the year 857 AD is an important date in the history of the origin of the Kingdom of Thailand. In that year, Prince Phrom founded the city of Fang, west of Chiang Rai. Although the city never really grew in importance, the kingdom spread from Prince Phrom to Sawankhalok, which is north of Sukhothai. However, the Tai urge to conquer was restricted by the Burmese and the Khmer, who claimed much of today's Thailand for themselves and occupied it accordingly. In contrast, several small Thai kingdoms developed in the region around Luang Prabang (today's Laos).

The Mon people, who lived in southern Burma and in northern and central Thailand, founded the first kingdoms, based on the model of the Indianized Funan Empire, in what is now Thailand. The cities of Nakhon Pathom and Lamphun probably acted as centers.

The Khmer, who experienced their zenith between the 9th and 12th centuries and ruled large parts of Southeast Asia, then extended their sphere of influence under King Jayavarman II to the northeast of Thailand; Lopburi and Ayutthaya were the most important Khmer cities in today's Thailand.

In the 11th century, several Tai tribes immigrated to today's Thailand, displaced the Khmer around 1238 under the legendary Sri Indraditya and promptly founded the first states such as Sukhothai.  Sukhothai was the first Thai kingdom to sustainably claim today's territory of Thailand as its dominion.

Thailand's modern history then begins with the Kingdom of Sukhothai; the city of Sukhothai is revered today as the cradle of Thai civilisation. When King Sri Indraditya (1238 - 1257) founded the Thai kingdom of Sukhothai in 1238 it could not be foreseen just how powerful the kingdom would become, and for a while it did not grow beyond being a local city state.  King Ban Muang (1257 - 1279), the eldest son of Sri Indraditya, succeeded in making a first major demonstration of power when he and his army drove the last Khmer out of Sukhothai in the year of his coronation as king. The following years were marked by many political, social and territorial upheavals.

For in addition to Sukhothai, other Thai rulers, hungry for power, sought control over the territory that is today's Thailand. The kingdoms of Lan Na and Chiang Rai in particular would prove to be constant rivals for power and possessions; King Mengrai, the King of Lan Na was considered Sukhothai's greatest adversary.

When the second eldest son of Sri Indraditya, Ramkhamhaeng, became king in 1279, the Sukhothai Empire began a rapid rise. A legendary military leader, King Ramkhamhaeng (1279 - 1298) managed to form a unified state structure, using diplomatic and military means to push back the Khmer and other adversaries ever further. Incidentally, it was Ramkhamhaeng who, around 1283, developed the Thai alphabet, which is still used today. The empire was based on an ideology or order that was strongly influenced by Mongolian systems of rule, while the culture emerged from assimilation with the culture of other regional powers such as the Khmer. While on the other hand, the Thais absorbed their religious beliefs from the Mon peoples, who practiced Sinhala Buddhism. The kingdom was also defined by free trade, a mild judicial system, tax exemption and free access to the king. With these characteristics, the Kingdom of Sukhothai was a comparatively modern state for the time.

The city of Sukhothai was of particular importance due to its excellent strategic location on the old trade routes between Angkor and Pagan. In order to secure this strategic advantage for himself, in 1275 King Mengrai attacked the city but without success. Soon, even China had to recognize the power of Sukhothai and in 1282 sent a delegation to the city to negotiate a peace treaty and in 1287 Ramkhamhaeng concluded alliances with the Thai states Lan Na and Phayao. Sukhothai bequeathed such a rich heritage of cultural and architectural achievements and works of art that historians now consider the time under King Ramkhamhaeng to be a Golden Age in the history of the Kingdom of Thailand. Sukhothai was first referred to as Siam in the 13th century.

5.) Ayutthaya takes over the Sukhothai Empire with virtually no bloodshed

After Ramkhamhaeng's death in 1298 the empire began to decline almost immediately. Under the new King Lo Thai (1298 - 1346) Sukhothai lost more and more importance, as power in the state was divided again and again into ever smaller principalities. The main beneficiary of this situation was the Principality of Ayutthaya, which was able to significantly increase its sphere of influence. When Sukhothai had finally lost his ability to defend itself, Prince U Thong took over the kingdom almost without bloodshed and demoted Sukhothai’s then ruler, King Liu Thai, to vassal of Ayutthaya.

U Thong, had established the Kingdom of Ayutthaya and henceforth was called Rama Thibodi. During the period that followed, Ayutthaya influenced political events throughout most of Southeast Asian. A total of 33 rulers controlled the fate of the kingdom during this period (1351-1767). Rama Thibodi already set the kingdom on the road to a great future. He not only conquered Angkor and drove the then ruling Khmer king to Laos, but also wrote a code of law based on Hindu sources, introduced Theravada Buddhism and built a large number of magnificent temples.

In the period that followed, the regional powers competed to expand their territories. The Khmer empire was finally destroyed in 1431 and the remnants of the former Sukhothai dynasty were also eliminated at that time. However, Ayutthaya still had a worrying rival in the kingdom of Lan Na. Since there were constant disputes and armed conflicts, the two kingdoms were essentially in a permanent state of war and with more or less parity in their military strength, it was not possible for either to achieve a final victory.

6.) Ayutthaya reached its heyday in the middle of the 18th century

According to tradition, the kings of Ayutthaya claimed themselves to be absolute rulers, who could decide arbitrarily on the life and death of their subjects; the kingdom was in practice an absolute monarchy. Ayutthaya first came into contact with Europeans under Rama Thiboldi II (1491-1529). Three trade delegations or embassies from Portugal visited the kingdom between 1509 and 1516; Thanks to the establishment of trading stations, Ayutthaya subsequently conducted lucrative trade with the Europeans and as a result, disputes and conflicts with Burma intensified. In 1549 the Burmese besieged Ayutthaya for four months, albeit in vain. For decades the battles against Cambodians and Burmese raged from then on. When Eka Thotsarot was crowned King of Ayutthaya, he was able to sustainably improve and consolidate the political organisation of Siam and also the external relations, so that he commanded an empire that was characterised by the largest territorial expansion seen in thew region to date. Ayutthaya only reached the peak of its power in the middle of the 18th century under the kings Boramakot (1733 - 1758) and Suriyamarin (1758 - 1767), before disputes over succession and other internal conflicts irreparably weakened the state and the newly strengthened Burma threatened the kingdom. Ayutthaya has now faced constant attacks from Burma. At Initially their armies could still be pushed back, but finally the city of Ayutthaya was completely destroyed in 1767.

King Taksin (1767 - 1782) founded a new capital in Thonburi, organised armed resistance against the Burmese and reunited the kingdom in 1778. However. 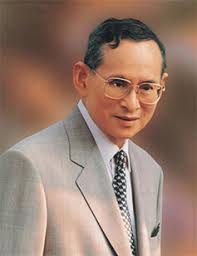 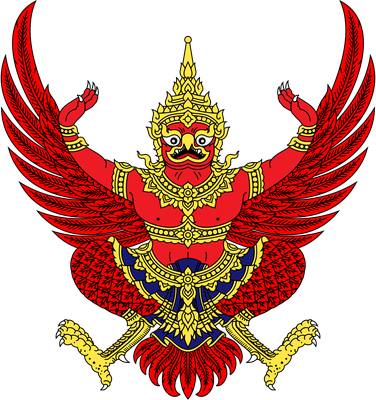 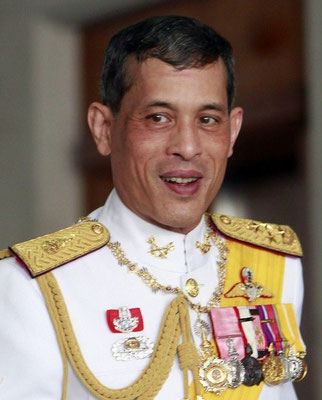 The character of the modern Kingdom of Thailand has strongly shaped by the events of the period that followed. With the creation of the Chakri dynasty and the later official renaming to Siam in 1855, reconstruction was made possible and modernisations and reforms were implemented. Rama V (1868 - 1910) is still venerated today as the decisive reformer. In World War I, Siam fought on the side of the Allies and was one of the founding members of the League of Nations after the end of the war. After a limited armed conflict with France over the colonies of Cambodia and Laos (1940-1941), Siam, or Thailand, survived World War II without becoming involved in any major acts of war. Thailand is currently a constitutional Monarchy with an elected parliament, prime minister and the King as the Head of state. The King of Thailand is H.M. King Maha Vajiralongkorn - Rama X, who ascended the throne following the death of his beloved father, the late King Bhumibol Adulyadej or Rama IX in 2016.