Popular vacation destinations & regions in the Kingdom of Smiles

Holidays in Thailand is rightly one of the most popular long-haul travel destinations world wide . Fantastic beaches in the south and adventure in the north. Hardly any other country offers such a varied landscape, cultural highlights and the best postcard feeling on snow-white beaches. If you want to get to know the Kingdom of Thailand in all its splendid facets, you should bring time, plenty of time. From the fascinating north to the mysterious Isaan through the lowlands of central Thailand to the south, which attracts with hundreds of islands and excellent water sports, there is something new to discover on every corner!

The kingdom offers something for everyone and you too can spend an unforgettable holiday in Thailand here! Everything that is important for planning, tips on the best travel time, the best diving spots, the most beautiful beaches and much more can be found here!

You will find the south of Thailand on your Thailand vacation in the north of the Malay Peninsula. Limestone mountains dominate this region, but they do not protrude particularly high - but are very rugged. Perfect backdrop for breathtaking pictures! If you are planning your vacation in Thailand here, you can expect a landscape that is unparalleled anywhere in the world. On tours through rice field regions you suddenly come across rocks that you would not have expected. If you really expect mountains in the classic sense here, that would be way over the target. There are elevations of a few hundred meters and you can even walk around them. It's something in between a gently rising hill and what we in Europe would define as mountains. And here you will find bizarre steep walls that look as if they were just to be found in the Alps. You won't find anything like it in Europe, that's for sure.

In addition to these "rock formations", which could have sprung from an adventure book or a fairy tale, the region is characterized by its numerous islands that lie off the coast.

When you “land” here, you have what is known in our parlance as “paradise”. Phuket and Koh Samui are the two islands that have made the best strides due to their touristic importance. Thus, this region has changed significantly from the supplier of tin ore and tourism is the new engine. 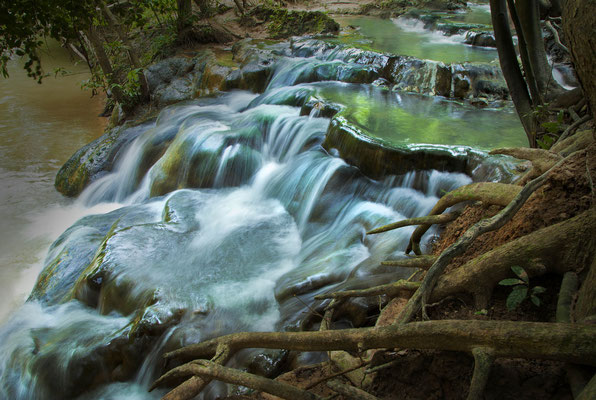 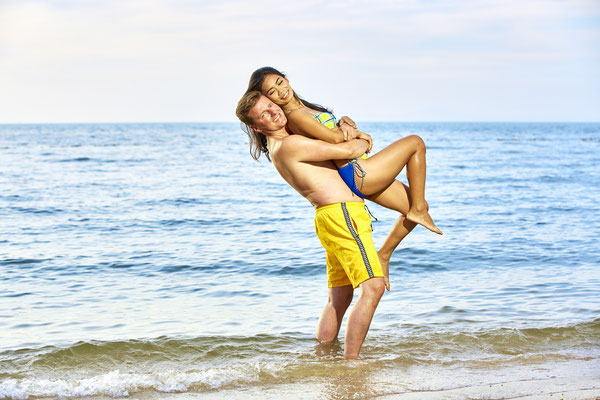 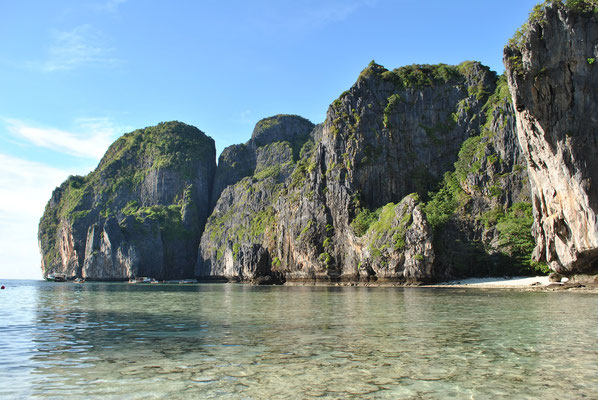 The North: proud people, an exotic world of animals & adventures in the jungle.

In the north of Thailand a whole series of mountain ranges dominates, which we run parallel to each other on a chain. And as expected, these mountain ranges are separated by rivers: Wang, Ping, Nan and Yom are the names of the "mountain separators". In these mountain ranges, which are characterized by dense forest and where the typical rainforest predominates, the precious teak wood was once found. But because of its high value and strong demand, this precious raw material has been almost completely cut down. In the 1990s, the Thai government issued a comprehensive ban on the logging of teak to prevent radical deforestation.

Based on the description, you will not be surprised that in the north of Thailand you will also find Doi Inthanon, the highest mountain in the country, which stretches almost 2,600 meters in height.

When you travel to the north of Thailand, you are practically walking in historical footsteps, because the first three kingdoms of Southeast Asia had their home in this region: Sukhothai, Chiang Mai and of course Chiang Saen. Chiang Mai as the country's second largest city is definitely worth seeing. Here you will find the cultural, economic and, of course, administrative hub of the north. If you then go a little further north, you will come to a place that many films have been about: The Golden Triangle. By this we mean the border region of Thailand, Myanmar and Laos. Even today, the headquarters of the opium poppy cultivation, from which opium is produced as a raw material for heroin, for example, can still be found there -

albeit massively suppressed by the Thai side. 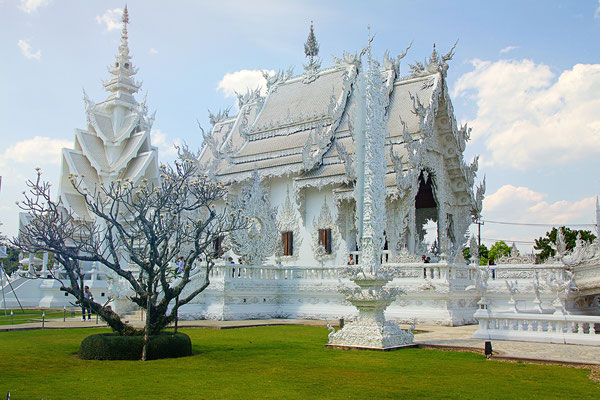 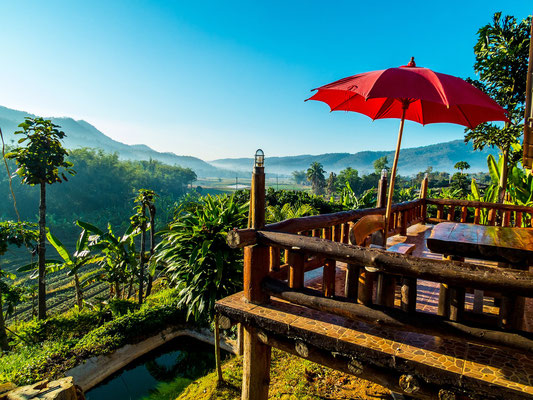 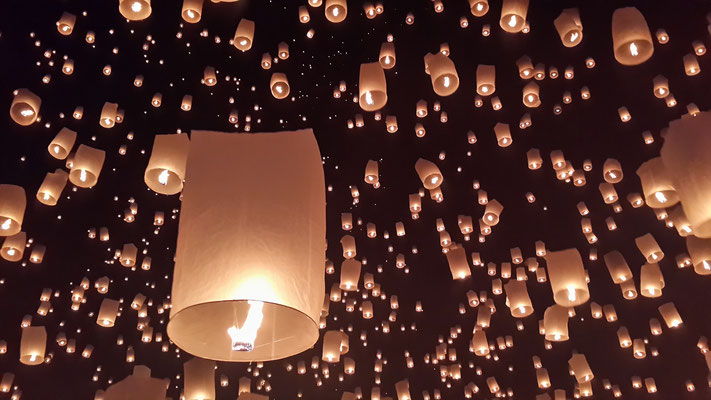 If we look at the topography of Central Thailand, we find primarily flat alluvial land in which there are numerous rivers. In north-eastern central Thailand the plateau location dominates, to the north it is more “wooded” and we find mountains here. These sand-lime brick formations look bizarre and are ideal for grandiose snapshots that are second to none. With Bangkok, the state capital is to be found in this region, which is home to more than 10 million people and which lies at the mouth of the life-giving river Chao Phraya. Water is life, as the Siamese already knew in the distant past. As a result, Bangkok not least ensures that central Thailand is the region of the country that is most densely populated. Central Thailand is considered to be the most fertile region in Thailand - ultimately also due to a close-knit network of canals and countless irrigation systems, which supply the water that is so important for rice cultivation.

This perfect water infrastructure has ensured that the Central Thailand region has become the most important location for growing rice in the world. 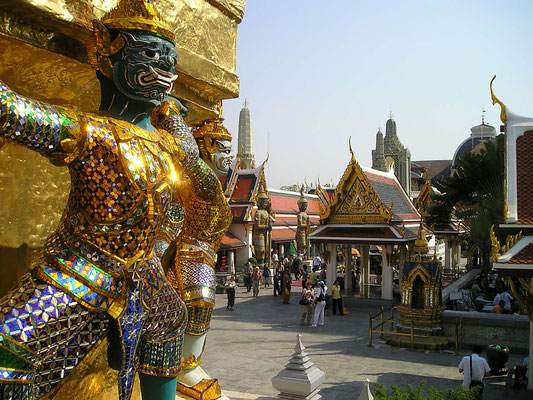 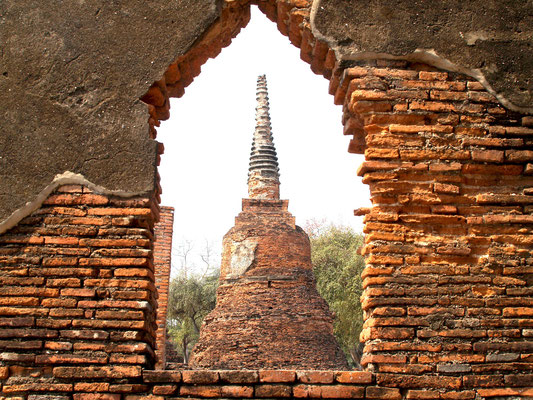 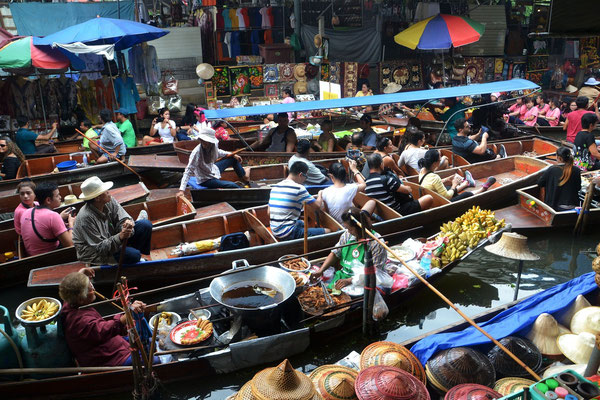 The East: Isaan slumbers between Laos and Cambodia. So calm, so rich in treasure.

You have to imagine the northeast of Thailand as a plateau, which has the shape of a plate, which is located at an altitude of around 200 m above sea level. Northeast Thailand, also known as Isaan, is also called the Korat Plateau and is based on the largest city in this region. You shouldn't expect fertile soil here, it is rather sandy. And even if the soils were "better" set up, there is a lack of vital rain throughout the year, which only occurs from June to October. But when it rains in Isaan, it does so with all its might and so much that it regularly floods. Knowing that the ground is sandy and that the water actually has to be absorbed very quickly or let through into the lower layers, you can gauge how much it rains in the short period of rain. The region was last heavily flooded in 2011. Forest areas are rarely found here and if so in the border regions of eastern or northern Isaan. If you find agriculture in this area, unsurprisingly, it is rice growing. Besides that, there are only steppe and savannah - and yet the region is not sparsely populated. The government tried structural measures to give the region a boost, but it did not go as planned.

Thus, this area belongs to the rather "underdeveloped areas" of Thailand, and if you meet tourists here, it is most likely at the elephant meeting in Surin or in the remarkable Khao Yai National Park. 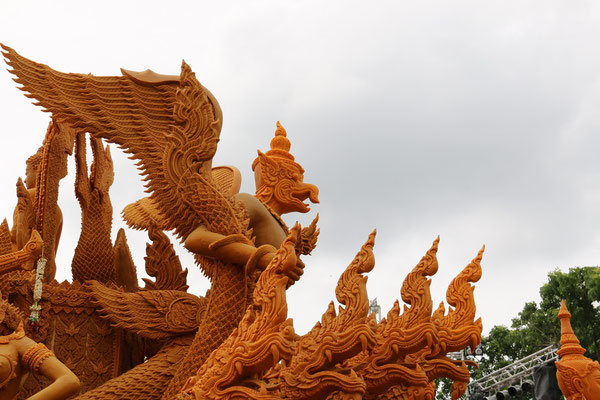 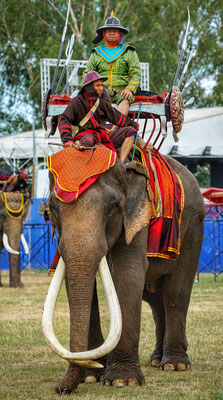 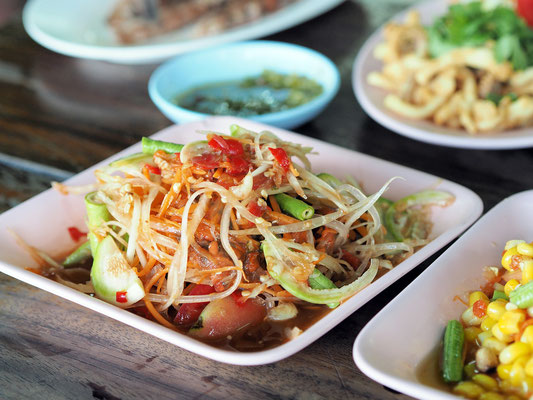